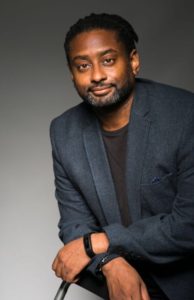 https://tresorsdumorbihan.fr/30165-dtf45904-tchat-100-pour-cent-gratuit.html The notion of “Dread” can effectively have a potent, crippling and in some cases pathological disposition on one’s ego; infiltrating trust in themselves, others and in day to day societal environments.

The fear of something bad happening is a common message that derives from “The Dread Monster” and can trigger a person’s anxiety for years once entrenched in their subconscious mind. The Dread Monster causes a person to be in a constant hyper-vigilant state, triggering the ‘fight or flight’ mechanism. Fight or flight is a biological nervous system that responds to the way the body prepares one to engage or run when they face a threatening situation. The fight or flight response – also known as ‘the acute stress response’ – is a concept first coined by Walters Cannon in the 1920s. Cannon’s theory first came from testing animals in a threatening environment.

“Gareth” is a rising star in a marketing department for a successful hotel chain. However, he is plagued with a problem: every month, he struggles in the marketing update meeting, which is attended by senior management. In the build up to the meeting he suffers from insomnia and stomach aches. These reactions are symptomatic of the ‘fight or flight’ response. Gareth has an underlying feeling of dread, making him feel that something is going to go wrong that will result in him losing his job. He is aware that the company is happy with his performance, but they often notice (and comment on) the fact that he is drenched in sweat and talks extremely fast in his presentations. Gareth prepares thoroughly, but no matter how much he has done in advance, he still imagines something bad happening to him that will result in him losing his job.

Exploring the origins of his dread may help Gareth gain a deeper understanding of this issue. We can also speculate that Gareth may have an attachment to his dread, due to the fact that it pays off in terms of the high productivity he puts into his work. This high productivity has a motivational element, and yet appears to be driven by fear.

Working with a skilled professional can help you create a dialogue with your very own dread monster and soften the triggers of anxiety and the fight or flight response.